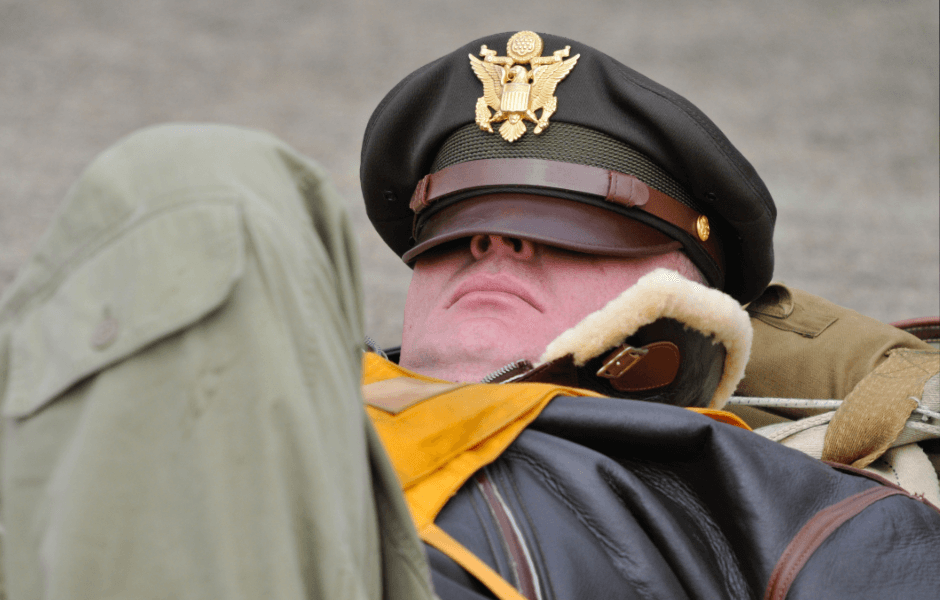 There might have been a secret reason Albert Einstein could make a decision as scary as the one he made in 1939, when he went against his personal pacifist convictions and encouraged President Franklin Roosevelt to pursue the research necessary to make an atomic bomb. “I was well aware of the dreadful danger for all mankind, if these experiments would succeed,” Einstein later wrote.

A strange life hack might have contributed to his coolheaded attitude toward the bomb: Einstein is said to have slept for 10 hours a night.

The authors of a new study published in the Journal of Neuroscience say this is one of the first to show that sound sleep might protect against fear and distress, while a person’s tendency to sleep fitfully can make them more likely to be traumatized later on.

For the study, a team of researchers from Rutgers University sent 17 subjects home with sleep-monitoring devices—headbands that monitor their brain waves, wristbands that track arm movements, and sleep logs—and asked them to sleep as they normally would for a week. They were monitoring how much sleep they were getting—especially REM, or rapid-eye-movement sleep.

Each night, most people sleep about seven or eight hours, about two hours of which is REM sleep, the stage of sleep in which the body relaxes fully and most dreams occur.

The researchers then conditioned the participants to be afraid of certain images by showing them pictures of ordinary-looking rooms lit with lamps of various hues, some of which were paired with a mild shock to the finger. Through the shocks, they were taught to fear the rooms that were lit by certain colors.

During the fear-learning task, the subjects who spent more time in REM sleep had less connectivity between their amygdala, or fear center of the brain, and the ventromedial prefrontal cortex and hippocampus, brain regions responsible for encoding memories. The subjects with more REM sleep also had less activity in those areas of the brain. That suggests that the more well-rested subjects may not have been hard-wiring those fears into their brains quite as strongly.

The researchers then replicated the results by repeating the experiment with a sleep-study device—one that’s usually used to measure sleep apnea—that subjects used for a single night.

PTSD is already known to be associated with sleep disturbances, and past studies have shown that sleep-deprived people have more activity in their amygdalae upon being shown upsetting pictures. So why might REM sleep make us less prone to encoding traumatic emotions?

One theory is that REM sleep clears norepinephrine, a chemical that mobilizes the body for action, from the locus coeruleus, the brain region from which it’s secreted. “REM is very unique because it’s the only time that area of the brain is completely silent,” said Shira Lupkin, one of the study’s authors and a researcher with the Center for Molecular and Behavioral Neuroscience at Rutgers University. “One theory is that this allows you to wipe the slate clean before you start again the next day. If you have less REM, then you have less of an opportunity to reduce your overall levels of norepinephrine, which will make you more reactive the next day to a given stimulus.”

Els van der Helm, a former sleep researcher and the founder of a sleep start-up called Shleep, says that stress hormones are also low during REM sleep, allowing the brain to activate memories yet strip away their “emotional tone.” Because of that, people who get plenty of REM sleep might be less reactive to emotional stimuli.

If the study is replicated, there could be real-world implications for stopping trauma—before it starts.

“You could imagine that the army could start screening procedures where people with more REM sleep could be better candidates for combat units,” said Itamar Lerner, the study’s lead investigator, who is also with the Center for Molecular and Behavioral Neuroscience at Rutgers.

Van der Helm believes that for any real-world applications, there would need to be more replications with lab-based measurements of REM sleep, as well as more behavioral measures of the participants’ levels of stress and anxiety. But it’s “a good step in the right direction,” she said, and it sheds light on how sleep can make people more emotionally resilient.

And how to boost REM sleep, for those of us who find ourselves, too often, staring at the wrong 3:00 on the alarm clock? The answer is frustratingly obvious—and for too many, unattainable.

“I would say, if you want better REM sleep,” Van der Helm said, “you have to reduce your stress during the day and make sure you don’t cut back on your sleep by early alarms.”

Read the original article at
The Atlantic