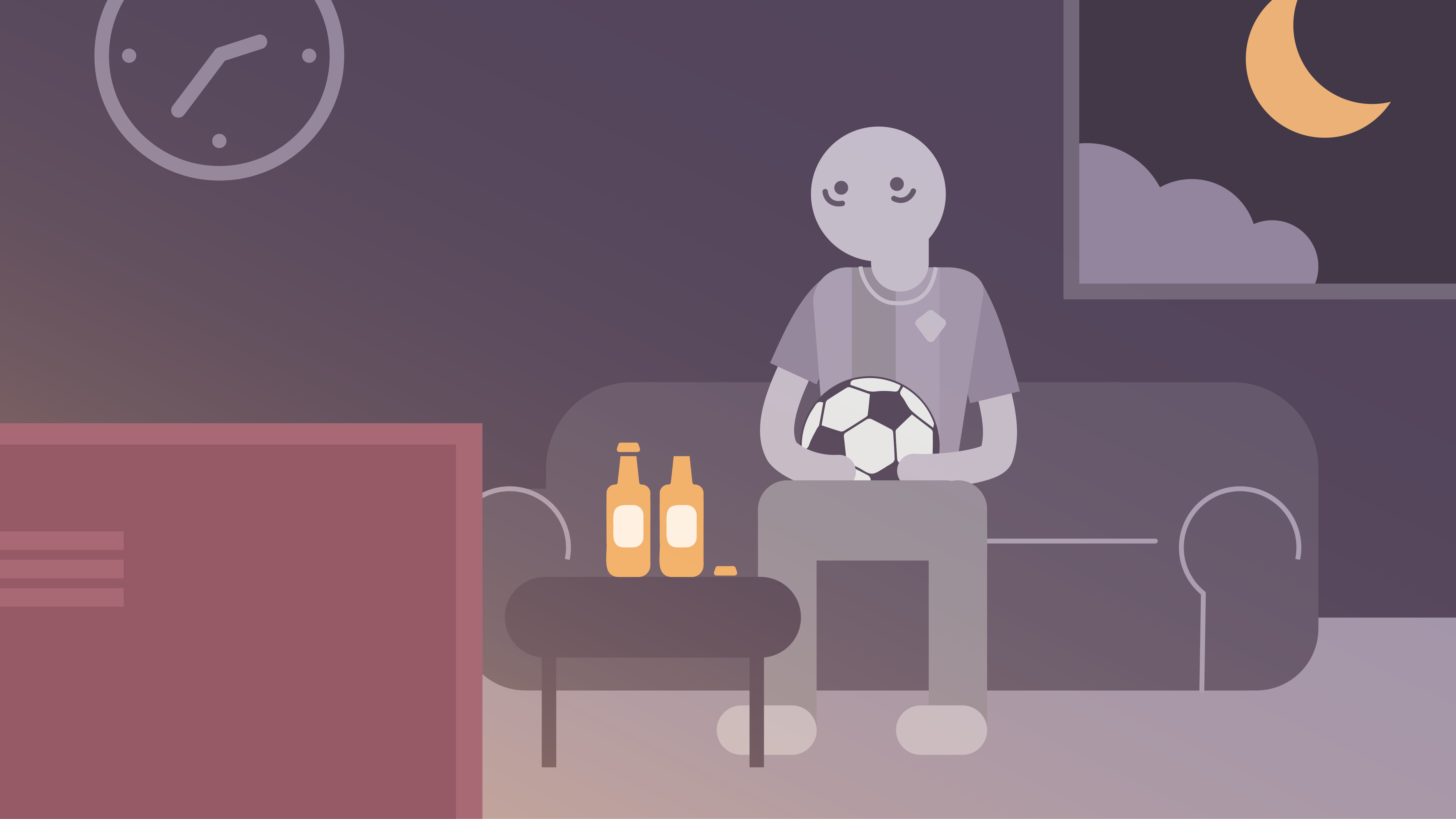 The Impact of Late Night Matches on Football Players

The European Championships are upon us once again, and individuals around Europe (and beyond!) are all set to cheer on their favorite teams. It’s hard to escape the excitement of a good football match and so far the championships have provided plenty. Yet the thrill of the game leads us to overlook the consequences of staying up late, particularly for our athletes.

The Union of European Football Associations (UEFA) Europa League conducted an unpublished survey regarding sleep complaints of 19 professional football players following night matches. An astonishing 95% of players reported worse sleep after those matches (Nadelec et al., 2015). While this may come as a shock to some, it is unsurprising once you look more closely at the interaction between the stress hormone cortisol and sleep.

Cortisol, a major stress hormone, is critical in maintaining our sleep/wake cycle. Think of it as a natural alarm clock, causing a person to become quickly alert and ready for action. Cortisol production has a diurnal rhythm; with levels slowly rising approximately 2 to 3 hours after falling asleep and typically peaking in the first 30 to 60 minutes after a person wakes. The cortisol awakening response (CAR) is triggered by the act of awakening sleep, remaining relatively unaffected by circadian time (Bush and Hudson, 2010; Fries et al., 2009). Then throughout the day, cortisol levels drop until they reach their lowest right before we fall asleep (Bush and Hudson, 2010), allowing our body’s own unique natural circadian rhythm to take over.

Cortisol production is also triggered by external stress-induced activation of the hypothalamic pituitary adrenocortical (HPA) axis located in the brain. This stress could include a difficult task you have to do at work, an argument with a family member, and, in this case, competing in a football game.

Football players’ cortisol levels have been found to be increased significantly after a football match compared to pre-match. This comes as no surprise as matches are rife with intensity including the immense pressure to perform and win. This increase in stress leads to an abnormally high level of cortisol before bedtime, making it harder to fall asleep. In fact, frequent or constant stress can cause hormones to be chronically elevated, putting players in a highly alert state that doesn’t allow for restful, deep sleep (Dalfsen and Markus, 2018; Bush and Hudson, 2010). This leads to frequent awakenings, decreased slow-wave (deep) sleep, and a shorter overall sleep time (Nadelec et al., 2015; Bush and Hudson, 2010).

One player he (Nick Littlehales, elite sport sleep coach) worked with at Manchester City told him of his routine in the aftermath of Champions League games, which would see him stay up until 4am as he struggled to get to sleep with the adrenaline from the game still in his system. - BBC

A rise in cortisol isn’t the only late night match factor that is detrimental to sleep. When in the stadium, athletes are subjected to intense bright light emitted from stadium lights and large screens. This type of light is known to disrupt melatonin production, a hormone that helps induce sleep.

Pregame behaviors such as napping or drinking caffeine can also negatively impact sleep. Napping before the game can disrupt the build of natural sleep pressure needed to fall asleep at night. Caffeine, which has a half-life of 6 hours, can also make it harder to fall asleep, but can also cause frequent awakenings (Fothergill et al., 2017; Nedelec et al., 2015).
‍

Sleep helps to reset the body both mentally and physically. Without it the body isn’t able to properly restore itself. For the sleep-deprived player, this could mean that the body is unable to properly perform muscle glycogen resynthesis and muscle damage repair, leading to an increase of muscle damage. Mentally, the mind will be unable to perform optimally with cognitive functioning impaired and overall mental fatigue increased (Nedelc et al., 2015; Bush and Hudson, 2010).

‍So what can be done for our athletes?

The first step would be to push for earlier game times. While this is not always feasible for tournaments where a lot of matches need to be played, a conscious effort towards this will positively impact players’ sleep.

Additionally, resources should be provided to players to guide them towards a relaxed state of mind before sleep. This could include post-game meditation or creation of a relaxing bedtime routine.
‍

As seen in one Oxford study, fans who are passionate about their football teams have an increased cortisol level post-game as well! Interestingly, there was no difference in the increased stress hormone levels between genders, even though male fans are generally thought to be more involved when watching football games (Newson et al., 2020). This stress accumulates and can cause similar sleep-related problems for the fans as the athletes they are rooting for. ‍

If you’re a fan of football, and cannot be denied a late football game, the first place to start is to avoid screens as much as possible after the game is over. This is because blue light from common household screens such as televisions and smartphones can inhibit melatonin production and prevent us from sleeping properly. So set your phone on “do not disturb” mode, and turn off the television to give your brain time to get sleepy.

The next step is ensuring that you follow a calming evening routine to help your body ease into the transition from the excitement to settling into sleep. Activities such as journaling, light stretching, or even reading a (boring) book would help. You could also try meditation, which has proven to be a fast and effective way to reduce stress and promote calm.

PRO TIP: Try our One Minute Meditation after a late match, available for free here for a limited time only. Shleep users may find it easily  in the Relaxation section of the Shleep app!

Join our next webinar

Difficulty sleeping in summer - the heat, late sunsets and even pollen allergies - is common, even for the best sleepers!

Join Dr. Els van der Helm to learn more about the seasonal effects on sleep, and take home unique ways to manipulate your body and environment to sleep better.

Register for your time slot here.

Laura Hammock is currently a Product Research Associate at Shleep where she focuses on developing content and supporting users in their journey towards better sleep. She is also in the final stages for a Masters of Sciences in Brain and Cognitive Sciences at the University of Amsterdam, where she is involved in studying sleep, particularly on the topic of Narcolepsy.

Her passion for the topic of Narcolepsy came about when she was diagnosed with the disorder while pursuing her Bachelors in Neuroscience from Carthage College, Wisconsin, USA. She aims to take what she has learned from her experience with a complex sleep disorder and studies to help the world sleep better.