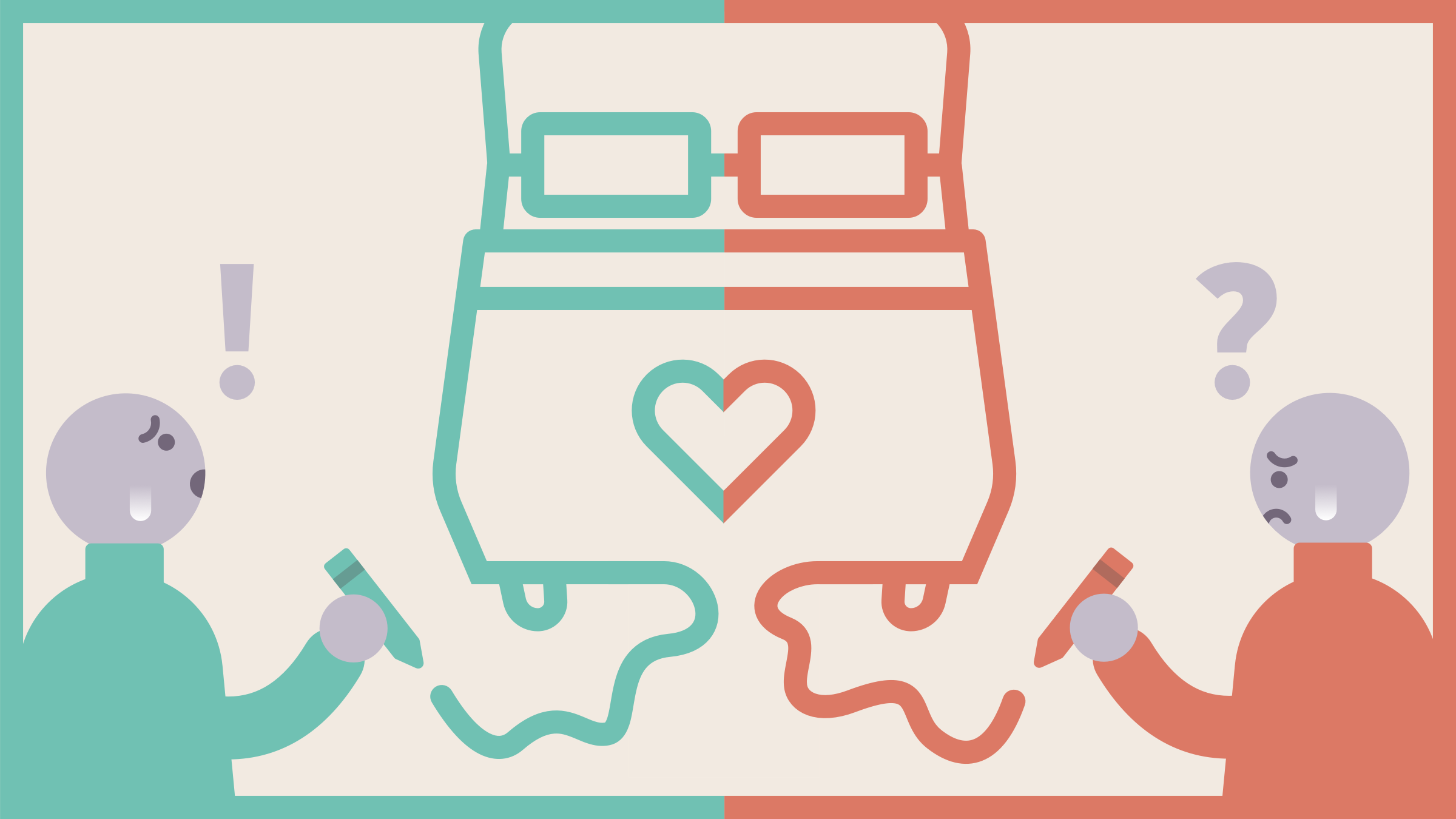 Sleeping Together: For Better or For Worse

A kick in the calf, a loud snort, your half of the blanket curiously slipping away… rude awakenings in the middle of the night that many of us would gladly do without.

Research has shown that sleep deprivation harms your relationship. In fact, when both partners sleep less, they behaved more negatively and less positively during conflict. They are also more susceptible to Emotional Contagion, a phenomenon where one person’s emotions and related behaviors directly trigger similar emotions and reactions in the other person!

And yet despite the disrupted sleep, a Sleep Divorce is a decision that most couples are unwilling to take – after all, sharing a bed is considered to be one of the main expressions of intimacy and togetherness.

Though over 60% of couples sleep together, people actually sleep worse with a partner! That is hardly surprising. Aside from the common nocturnal disturbances from partners such as snoring and movements, there are also other interplaying factors, including:

Science has shown that each of us has a unique, genetically-determined internal clock that varies between 23.5 to 25 hours. Although each of us have a unique rhythm, there are three main chronotypes that we fall under:

Larks: People who fall within this chronotype have a shorter clock, preferring to go to bed and wake up early.

Owls: With a slightly longer clock, Owls like to go to bed and wake up later.

Eagles: These people fall somewhere in the middle, with a clock close to 24 hours.

The difference in sleep schedules could present a challenge for couples. Some of us are Owls who find ourselves most creative and productive after 10PM, while Larks are ready to “sign out” by that time and would hop out of bed at the crack of dawn to catch that proverbial worm.

For heterosexual couples, the differences boil down to biology as well. Research has shown that onaverage women need at least twenty minutes more sleep than men. Some reasons include:

-      Women tend to expend more mental energy each day via multi-tasking, thus requiring more sleep for the brain to regenerate.

-      Women also experience poorer quantity and quality of sleep due to pregnancy and hormonal changes, and/or being woken up by their partner (men tend to be larger after all!).

What is also interesting to note at this point is that poor sleep also affects women more, creating higher levels of psychological distress and greater feelings of hostility, depression and anger as compared to men.

Some prefer soothing sounds to fall asleep to while others need absolute silence. Or perhaps you like a hard mattress while your partner likes it all soft and full of pillows.

These seemingly simple differences in sleep habits can lead to long term sleep disruption that can have a detrimental effect on your mental and physical health, impacting intimacy (such as lower sex drive) and effective communication between couples.

Before you rush into sleeping in separate beds/rooms, or bemoan the loss of sleeping with your honey, there are amazing benefits to co-sleeping as well.
‍

- It down-regulates vigilance and alertness

When you hop into bed with your partner, oxytocin is released. This makes you feel calm and secure, which in turn helps you fall asleep more easily and gives you time to cycle through the stages of deep, restorative sleep.

Partners can help to detect serious sleep disorders such as sleep apnea and participate in treatment.

- It strengthens bond and relationship quality

‍The bedroom is a place for physical and psychological intimacy. Being in bed together when you’re not sleeping, having sex or watching television can be some of the most intimate moments for a couple and shouldn’t be discounted. In fact, research has shown that while we receive less stage 4 sleep when co-sleeping, there is a higher perceived sleep quality!

Studies have shown that self-disclosure has a positive impact on sleep quality so communicate your needs and tell your partner what bugs you and wakes you up. This will help to limit feelings of resentment and ensure that the issue of sleep does not drive you apart.

If your partner’s snoring is keeping you up, consider using earplugs. Or if blanket-hogging is an issue, getting separate twin comforters could be your simple solution!

Separate sleeping arrangements could be a practical solution to getting a decent night’s sleep. This could include pairing side-by-side beds of similar size or separate bedrooms. Do spend time to discuss what works best for your relationship, and how to ensure intimacy is retained in the relationship.

Learn more in our next webinar

Curious to learn more or do you have some burning questions about separate sleeping arrangements?

Join Dr. Els van der Helm as she discusses the covariation between sleep and your relationship, difference in sleep needs between gender and chronotype, and answer an age-old question: