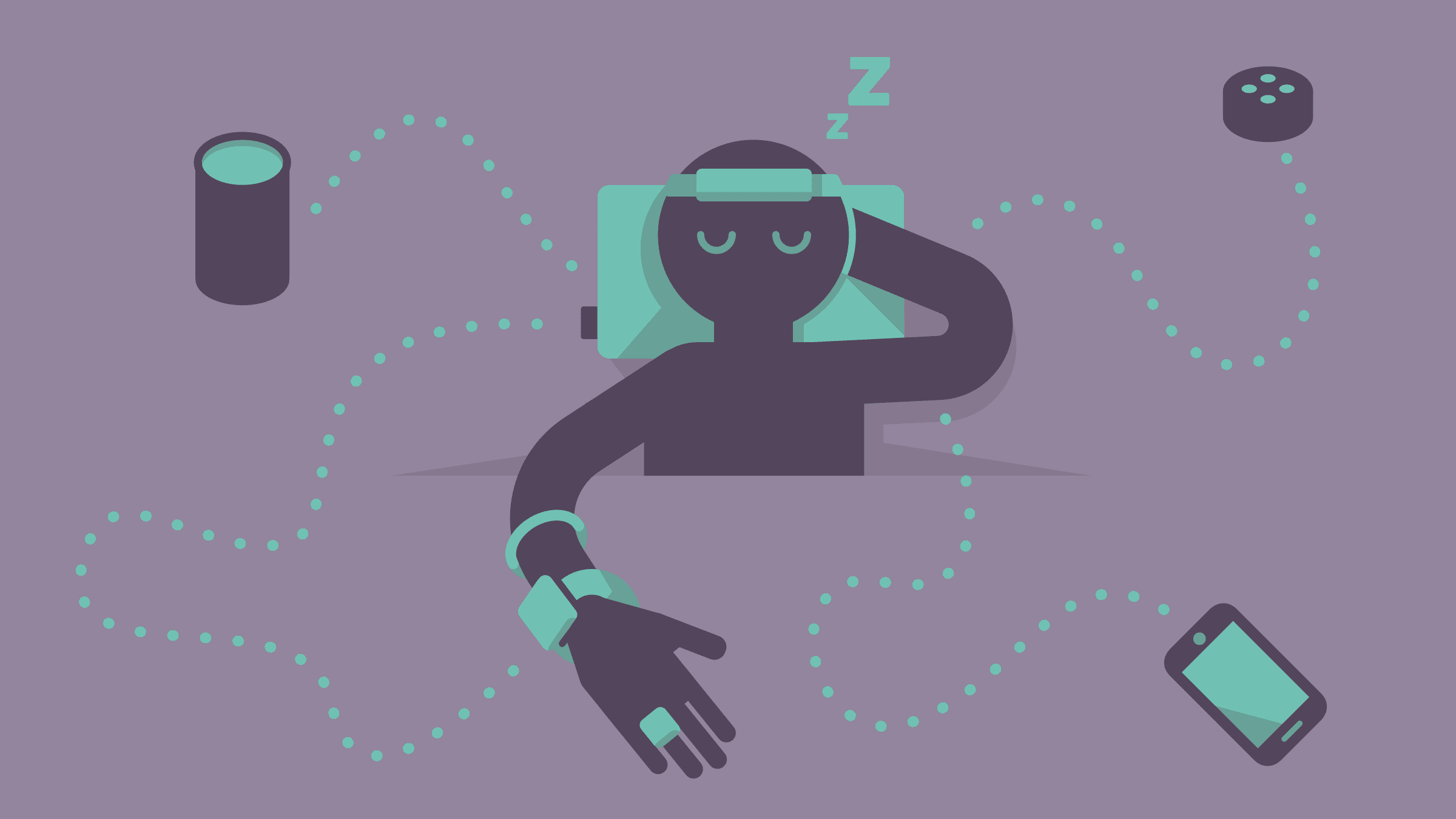 Sleep Trackers: The Who, What, How, and Why

Ever wonder why eight hours in bed one night can leave you refreshed and ready to take on the world, while the same amount of sleep another night can leave you feeling unrested?  Though this can depend on a number of factors, new technology is providing some eye-opening insight into your shut-eye via sleep trackers.

Back in the “old days”, anyone who wanted detailed data on their sleep had to undergo a polysomnography.  Colloquially known as a sleep study, a polysomnography was typically reserved only by doctor’s order for those with probable sleep disorders (e.g. sleep apnea), as it required an overnight stay at a sleep center, and being hooked up to various machines to measure everything from brain waves, to blood oxygen levels, to even eye movement.  Definitely doesn’t seem like a recipe for a relaxing rest!

Luckily, many fitness wearables today (e.g. FitBit, Apple Watch) provide a much more convenient way to collect sleep data, along with a growing group of devices entirely dedicated to tracking your sleep which come in both wearable and non-wearable formats, the aptly named sleep trackers.

Sleep trackers are devices which monitor physical signals such as movement and heart rate, to report on sleep patterns.  Thankfully, recent studies have concluded that multi-sensory sleep trackers (which include most on the market) produce sleep data quality comparable to that of their less convenient counterpart, the overnight sleep study.

Though different trackers rely on different signals (which can even include auditory cues such as snoring), nearly all trackers include collection of two key sleep indicators: heart and respiratory rate, which are used to assign periods of our sleep into various stages (see "Sleep Stages" graph below).

Wearables contain sensors which sit on either the wearer’s wrist or finger (e.g. Whoop, Oura).  In the case of non-wearables, sensors are located on devices which are placed under the mattress or fitted sheet (e.g. Withings, Beddit), or even on the pillow or beside the bed, allowing for an entirely undisturbed night’s sleep even for those as sensitive as Hans Christian Andersen’s perceptive protagonist in his classic bedtime tale, the Princess and the Pea.  Despite the differences in data collection methods, many medical bodies, including the Sleep Foundation, assert that “as long as they’re well-calibrated, either device should capture valuable information”, so, if the sensor fits, wear it (or don’t and get a non-wearable...).

‍
Between general fitness trackers and dedicated sleep trackers there is also a lot of variation.  While fitness trackers report on very important factors such as the quantity of sleep (number of hours slept), timing (when you slept), and consistency (how regular were your bed- and wake-times), sleep trackers generally go deeper, providing detailed data on the quality of sleep, (how much time was spent in each stage of sleep, also known as sleep architecture).

Some sleep trackers not only tell us what stage of sleep (see above) we were in and when, but also give us insight as to why that was.  To find these correlations, these trackers include expanded sensors, and/or prompts for users to enter information regarding external aspects which may affect sleep.  While sensors may pick up environmental input such as noise levels, bed and room temperature and light presence, apps tied to the tracker rely on users to self-report lifestyle data.

Questions can range from whether users consumed substances like alcohol, caffeine, melatonin, etc. and in what amounts, whether they exercised or meditated and for how long, whether they ate plant- or animal-based meals and at what times, and in some cases even more subjective prompts (e.g. Whoop) like whether users felt “a sense of purpose”, “in control”, or “experienced stress”.  Trackers then use that information to provide reports which draw conclusions about why that eight hours of sleep you got last night felt more like 10 (you meditated for 30 minutes before bed), or six (you had a whisky 30 minutes before bed).

‍Gathering sleep data has become accessible for everyone via sleep trackers which use non-invasive methods to collect data comparable to those gathered during clinical sleep studies. Sleep trackers are useful tools to understand various aspects of slumber such as duration, quality, phases, and which environmental factors help or hinder it.  While this all sounds great, sleep trackers can be a double-edged sword, as their rise has also led to the rise of “orthosomnia”,  defined as an unhealthy preoccupation with getting the perfect sleep.  Or, as one of our colleagues experienced it, sleep tracking can become “an optimization obsession” which as she also pointed out, is only truly useful in the context of trying to create positive habit changes, such as drinking less coffee late in the day in order to get better sleep.

So, if you’ve ever wondered how well you’re hitting the hay - go out and grab a tracker, don’t sleep on it!